We follow the trial and punishment of John Collis – an engineer’s patternmaker in Georgian Leicester – in our latest Trading Stories, Working Lives article.

It’s Monday 20 October 1823. My ancestor John Collis – foreman patternmaker at Cort’s iron foundry – appears before Edward Goulburn, the Recorder at Leicester Borough Sessions. Despite being of otherwise good character, he stands accused of stealing tools from his long-time employers in readiness for joining another foundry. His future hangs in the balance.

A report of the case runs to a full column in the Leicester Chronicle. Tracking it down – thanks to the British Newspaper Archive online – was one of those joyful moments we family historians experience from time to time. Here we have an unexpected glimpse into an ancestor’s life that helps add context and colour to the family narrative. 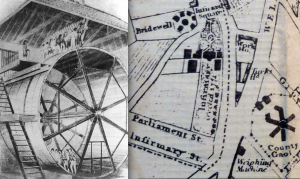