With the centenary of the end of World War I on the horizon, Graham Barker reflects upon the war-time service of five Barker brothers and in-laws. 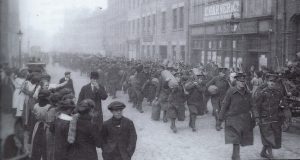 Drawing upon military records, family papers and published regimental accounts, he pieces together a picture of how the five men served – variously in the Leicestershire Regiment, Army Service Corps, Australian Light Horse, and the Cambridge’s Own (Middlesex) Regiment, in France, East Africa and the Middle East.

As he explains, “Our family is not especially remarkable but – like many other family historians as we approach the centenary commemorations – I feel a flush of pride at realising quite how brave and honourable they were. Ted Barker, Arthur Billson, Roland Barker, Sid Barker and Walter Shimeld, I salute you.”

Download the full story here: the Barker brothers in WWI 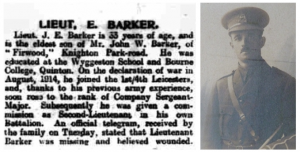